The device has the ability to create hydrogen fuel from water and sunlight. The technology has a relatively high efficiency, is self-sufficient and cheap to produce.

A team of researchers at Rice University in the United States created a solar-powered device capable of creating hydrogen for fuel from water. Engineers say the technology is self-sufficient and relatively inexpensive to produce.

According to the New Atlas, the system consists of a perovskite solar cell, connected to electrodes made from a catalyst that electrolyzes water. As soon as the light reaches the cell, it produces electricity that feeds the catalyst, which subsequently divides the water into oxygen and hydrogen. These elements bubble up to the surface, where they are collected for use.

The efficiency of transforming sunlight into hydrogen is around 6.7%, which is relatively high for this type of devices. The goal is to place the device in the water, with direct sunlight shining on it, and let it work autonomously.

“With an intelligent system design, it is possible to create a self-sustaining loop”, explains Jun Lou, lead author of the study published, in April, in the scientific magazine ACS Nano.

“Even when there is no sunlight, you can use the energy stored in the form of chemical fuel. You can put the hydrogen and oxygen products in separate tanks and incorporate another module, such as a fuel cell, to turn those fuels back into electricity, ”he added. 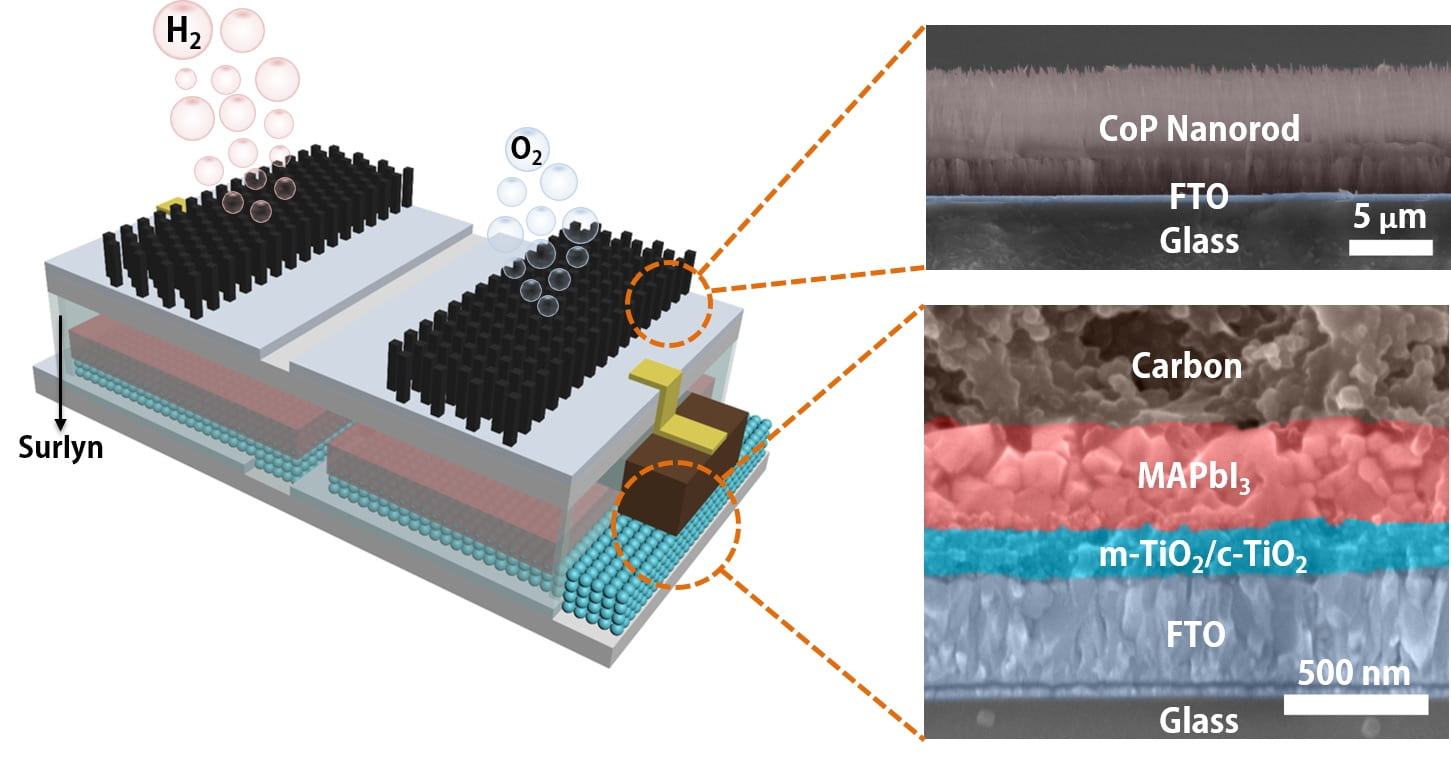 The device is made from carbon, making it much more viable for its mass commercial production.

Gremlin is an electric tricycle (and...