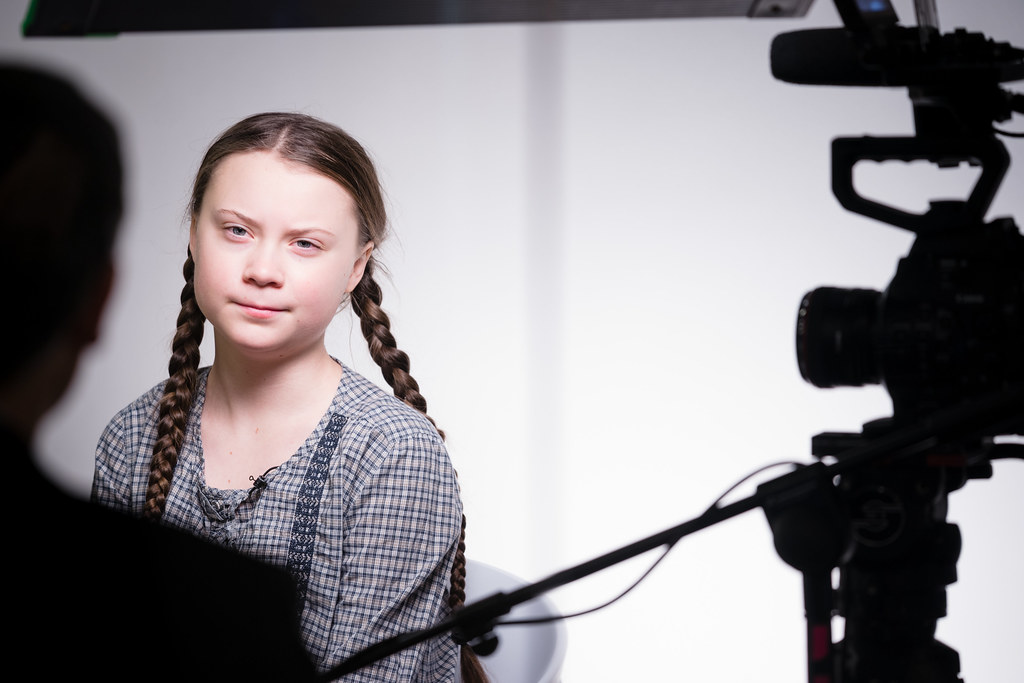 Young environmental activist Greta Thunberg said last Wednesday that she registered her own name and that of her global protest movement "Fridays for Future" as trademarks.

The announcement was made on his Instagram account. "My name and the #FridaysForFuture movement are constantly being used for commercial purposes without any consent," wrote the 17-year-old Swedish woman. “I assure you: I and the other school strikers have absolutely no interest in trademarks. But, unfortunately, this needs to be done ”.

In the text she wrote on Instagram, Greta complained that "there are still people who are trying to impersonate me or falsely claim to represent me" to communicate with high-level people, politicians, media, artists, etc. " According to the activist, there were also cases of marketing, product sales and people collecting money “in my name and in my movement”, she wrote.

“That's why I applied for registration of my name and Fridays for Future as registered trademarks. This action is to protect the movement and its activities ”.

Impostors, trademarks, commercial interests, royalties and foundation… First: Unfortunately there are still people who are trying to impersonate me or falsely claim that they "represent" me in order to communicate with high profile people, politicians, media, artists etc. Please be aware that this is happening and be extremely suspicious if you are contacted by ”me” or someone saying they ”represent” me. I apologize to anyone who has been contacted – and even misled – by this kind of behavior. Second: My name and the #FridaysForFuture movement are constantly being used for commercial purposes without any consent whatsoever. It happens for instance in marketing, selling of products and people collecting money in my and the movement’s name. That is why I’ve applied to register my name, Fridays For Future, Skolstrejk för klimatet etc as trademarks. This action is to protect the movement and its activities. It is also needed to enable my pro bono legal help to take necessary action against people or corporations etc who are trying to use me and the movement in purposes not in line with what the movement stands for. I assure you, I and the other school strikers have absolutely no interests in trademarks. But unfortunately it needs to be done. Fridays For Future is a global movement founded by me. It belongs to anyone taking part in it, above all the young people. It can – and must – not be used for individual or commercial purposes. And third: together with my family I'm setting up a foundation. It’s already registered and existing, but it is not yet up and running. This is strictly nonprofit of course and there are no interests in philanthropy. It is just something that is needed for handling money (book royalties, donations, prize money etc) in a completely transparent way. For instance, taxes have to be paid before we can give them away to specified purposes and charities. This takes a lot of time and work, and when the foundation is fully up and running I will tell you more. The foundation’s aim will be to promote ecological, climatic and social sustainability as well as mental health. Love / Greta

Greta Thunberg, whose protests have attracted millions of young people around the world, also said she is setting up a non-profit foundation to deal with the financial side of “Fridays for Future”, such as book royalties, donations and cash prizes. The teenager insists that the foundation would be “completely transparent”. "The foundation's objective will be to promote ecological, climate and social sustainability, as well as mental health," wrote the activist.

Thunberg's climate struggle began quietly in August 2018, when he left school for the first three weeks and then, on Fridays, to spend the day outside Sweden's parliament with a sign that said "School climate strike". Since then, it has become the face behind the global protest movement.

The young Swedish woman has been in the United States for the past few weeks to participate in a United Nations climate conference, in addition to other initiatives, and where she arrived after having obtained a means of ecological transport: she traveled on a racing sailboat that does not emit carbon into the atmosphere.

Greta was chosen as “Personality of the Year” by Time magazine, which put on the cover a photo of the young woman, taken on the Portuguese coast, under the title “O Poder da Juventude”

Court suspends construction of Gigafactory in...

NASA already has a price for...