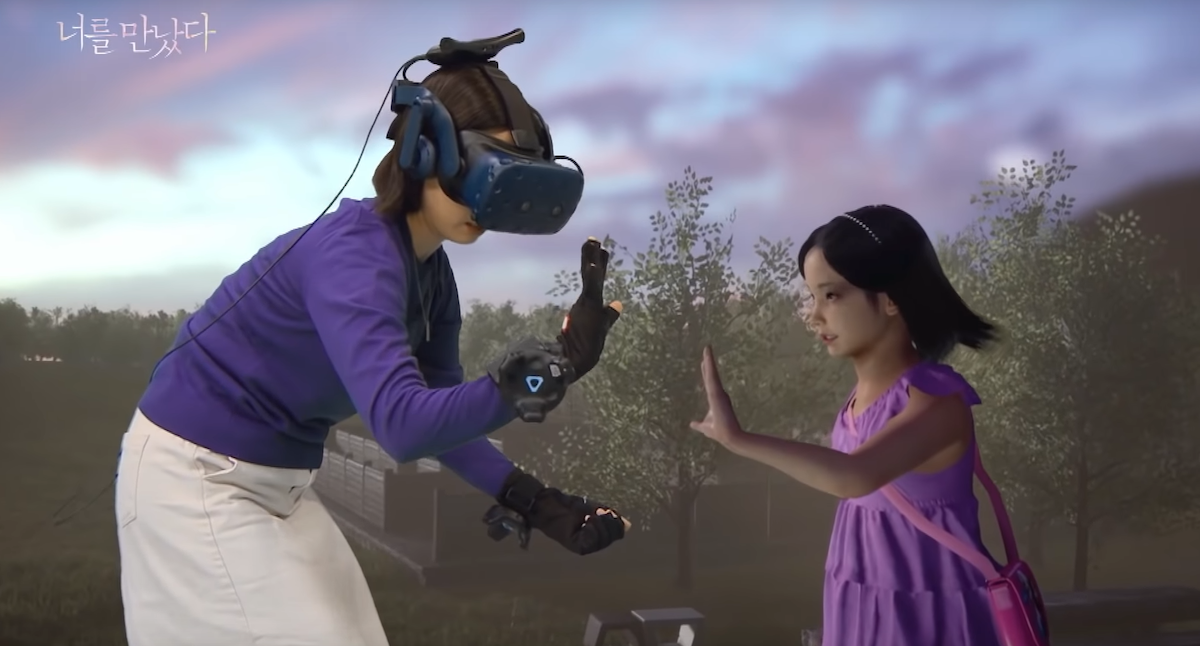 In 2016, Nayeon, 7-year-old daughter of Jang Ji-sung, died of an incurable disease. Three years later, the mother was reunited with the girl in a virtual world created for a television documentary.

On Thursday, Munhwa Broadcasting Corporation shared a video of the special documentary, entitled “I Met You”, on its YouTube page, with scenes cut between the real and the virtual world.

In the scenario, Jang is in front of a huge green background, with virtual reality glasses and haptic gloves – a technology that allows to have the sensation of touch and the sensation of malleability and resistance of objects within a virtual environment.

The reunion in virtual reality is extremely emotional. Jang seems to start crying the moment he sees Nayeon online, while the rest of the family – Nayeon's father, brother and sister – sees the meeting unfold with somber expressions and occasional tears.

In the simulation, the girl runs towards her mother asking: “Where have you been, mother? Did you think about me? ”. "I always do it," replied Jang, reaching out to touch Nayeon, even managing to "hold" the girl's virtual hand.

"Maybe it's a real paradise," said Jang of the virtual reality encounter, according to the Aju Business Daily. “I met Nayeon, who called me with a smile, for a very short time, but it is a very happy moment. I think I had the dream I always wanted ”.

The production team spent eight months on the project, having designed the virtual park in honor of one that the mother and daughter visited in the real world and used motion capture technology to record the movements of a child actor who later would be used as a model for virtual Nayeon.

Jang said he agreed to appear in the documentary to provide comfort to "someone who has lost a child like me or who has lost a brother or father". "Three years later, I think now that I must love her more than I miss her, so I can be sure when I find her later," he added.

The process may not have been simple and the final product may not have been perfect. However, we now have technology to recreate the dead in virtual reality – and the implications of this are impossible to predict, writes the Futurism. It may have taken a whole team of experts to produce “I Met You”, but how far are we from a platform that allows someone to upload images of a loved one and then interact with a virtual version of that person? Years? Months?

And there are more questions: What kind of impact will it have on the grieving process? Will seeing a loved one in virtual reality help people move forward after a death? Will some people become addicted to the virtual world, spending more and more time there and less in the real world?

Several startups are already laying the groundwork for the future, compiling data on living and dead people so that they can create “digital avatars” for those people. Other companies are already building clones of robots from real people.

Is regulation necessary? Instead of allowing startups to offer the public the possibility of interacting with virtual versions of their dead loved ones, perhaps the technology can be made available only to people who have been screened by a psychologist.

It is difficult to say what can work, as this opportunity is uncharted territory. But now that we have officially entered this arena, we have many questions that we need to answer as quickly as possible.