Physicists have discovered the trick to making the perfect soap ball 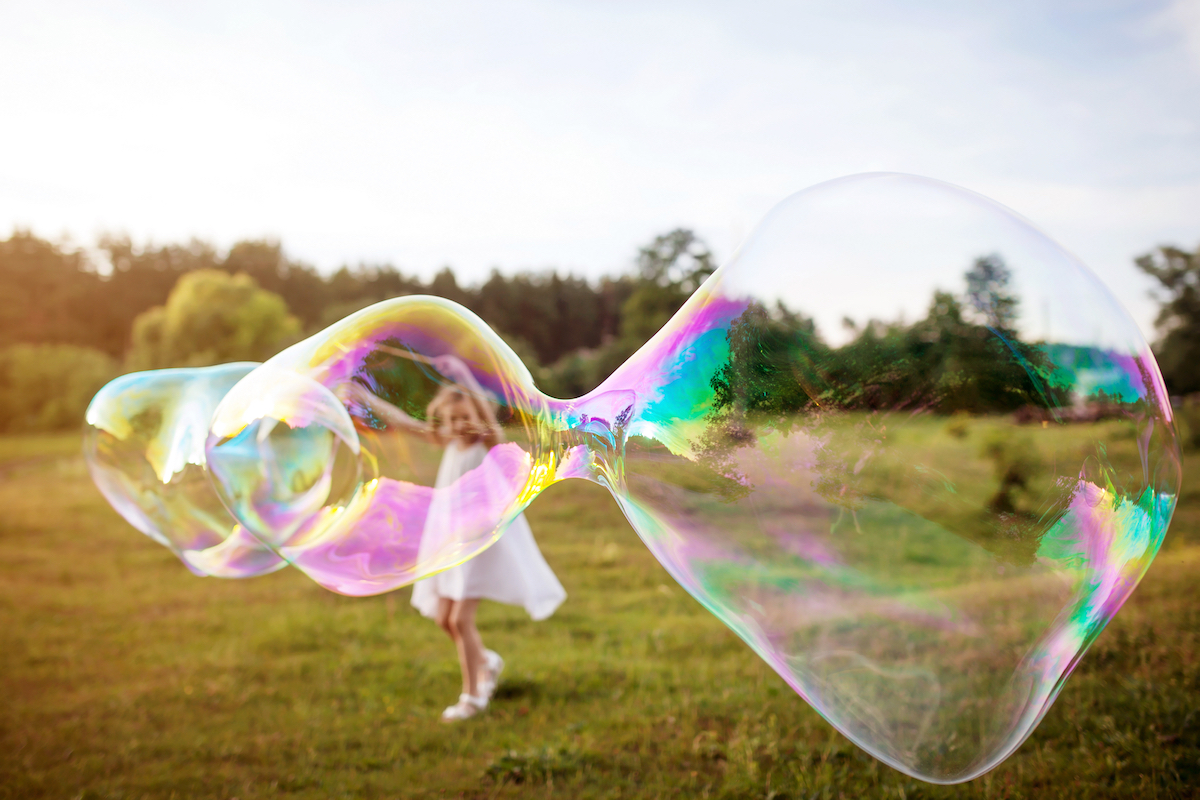 Everyone likes soap bubbles, regardless of their age. And the bigger the better. However, making giant soap bubbles is not easy, so physicists have figured out the trick to doing so.

Scientists at Emory University have discovered the secret to making very large soap bubbles, having managed to create balls almost six meters in diameter with an optimized mixture of polymer threads of different lengths.

Surface tension is what causes a soap ball to become a sphere and, even for a ball of gas inside a liquid, the ball still has an invisible membrane. The soap bubbles in the air look delicate, but they have a membrane that has its own dimension and substance, even though it is almost undetectable to human touch.

According to the study published in January in the scientific journal Physical Review Fluids, Justin Burton and his colleagues plunged into the great online community of people who compare recipes for the best and biggest soap bubbles.

The team found that the best recipes had different types of polymers, whether in the form of something affordable like guar gum powder or even an industrial lubricant. When mixed, the polymers tangle, creating longer and stronger currents that can be stretched without tearing instantly, producing balls that last longer and can be filled in gigantic proportions.

The researchers also found that varying the lengths of the polymer chains increased the tendency to tangle, which helps to ensure that each batch mixed together can reliably produce the desired large balls.

So, according to the Gizmodo, the scientists came up with the following recipe: start by adding half a teaspoon of powdered guar to three tablespoons of alcohol and mix until all the pieces are gone. Then add the mixture to two liters of water and mix for about 10 minutes. Then let the mixture sit for a few minutes. Finally, add half a teaspoon of baking powder, add three tablespoons of detergent and stir gently to ensure that no foam is created.

The researchers also suggest the use of fibrous cord or rope in the soap ball wand, which ensures that the soap mixture is easily absorbed, creating an uninterrupted connection between the thin membrane and the rope, further increasing the chances of making balls giants without bursting instantly.