Huawei is one of the manufacturers that invest the most in research and development in the world, debuting several technologies, which end up being replicated by other companies in their products. According to the World Intellectual Property Organization (WIPO), the company applied for more than 4,400 patents in 2019, being number one in such applications.

The Chinese company was one of the first to offer a periscopic lens with wide-ranging zoom on its P30 Pro, and may again be a pioneer in cameras with the use of Liquid Lens, which uses an advanced system to allow free movement of the lenses and thus have distance adjustable focal. Huawei does not stop there, and wants to be a world leader in 5G, a fact reinforced by research released this week.

Information disclosed by IPlytics, the German patent data company, says the manufacturer has applied for more than 3,100 patents related to the new 5G connection, of which about 2,000 have been granted. Once again the company takes the top of the ranking, representing 15.05% of the global total of the new network standard, making it a leader in the field of 5G communications. 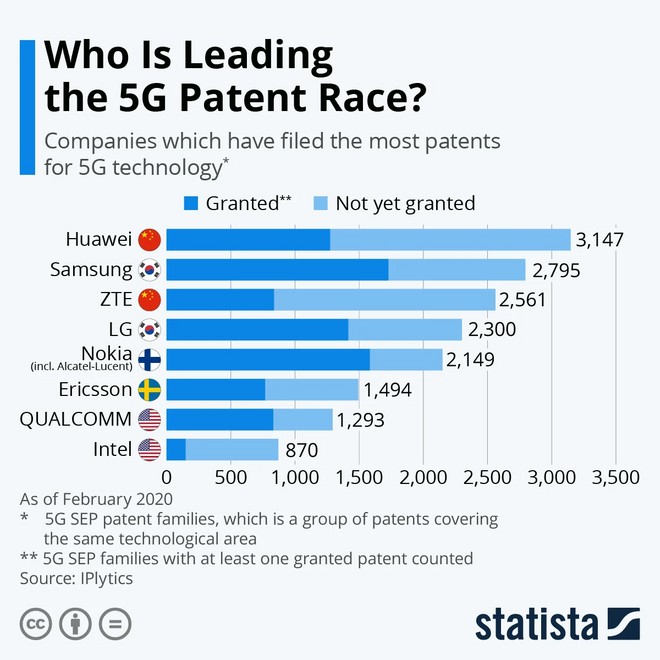 (721)
$4.75
Clear glue stick applies smoothly and dries clear for clean resultsBoth dry clearly and apply smoothly for a mess free appearanceNon toxic formula is ... read more
(as of July 11, 2020 - More infoProduct prices and availability are accurate as of the date/time indicated and are subject to change. Any price and availability information displayed on [relevant Amazon Site(s), as applicable] at the time of purchase will apply to the purchase of this product.)

Interestingly, despite having been the company that applied for the most 5G patents, Huawei leaves the leadership when it comes to granting applications. Samsung takes the lead, closely followed by Nokia and LG, with the Chinese company finishing fourth. Anyway, the data confirm that the race for 5G is increasingly intense, and we should see a wide adoption of the new network very soon, including in Brazil, which should have an auction of the new frequencies in 2021.

Animal Crossing is updated to version...